UPDATE: The Parks & Recreation Bond Referendum did not pass. What’s next? The projects that would have been funded by the bonds will be considered within the context of the City’s Capital Improvements programming and will be restrained by existing funding sources. Thank you to all who voted! 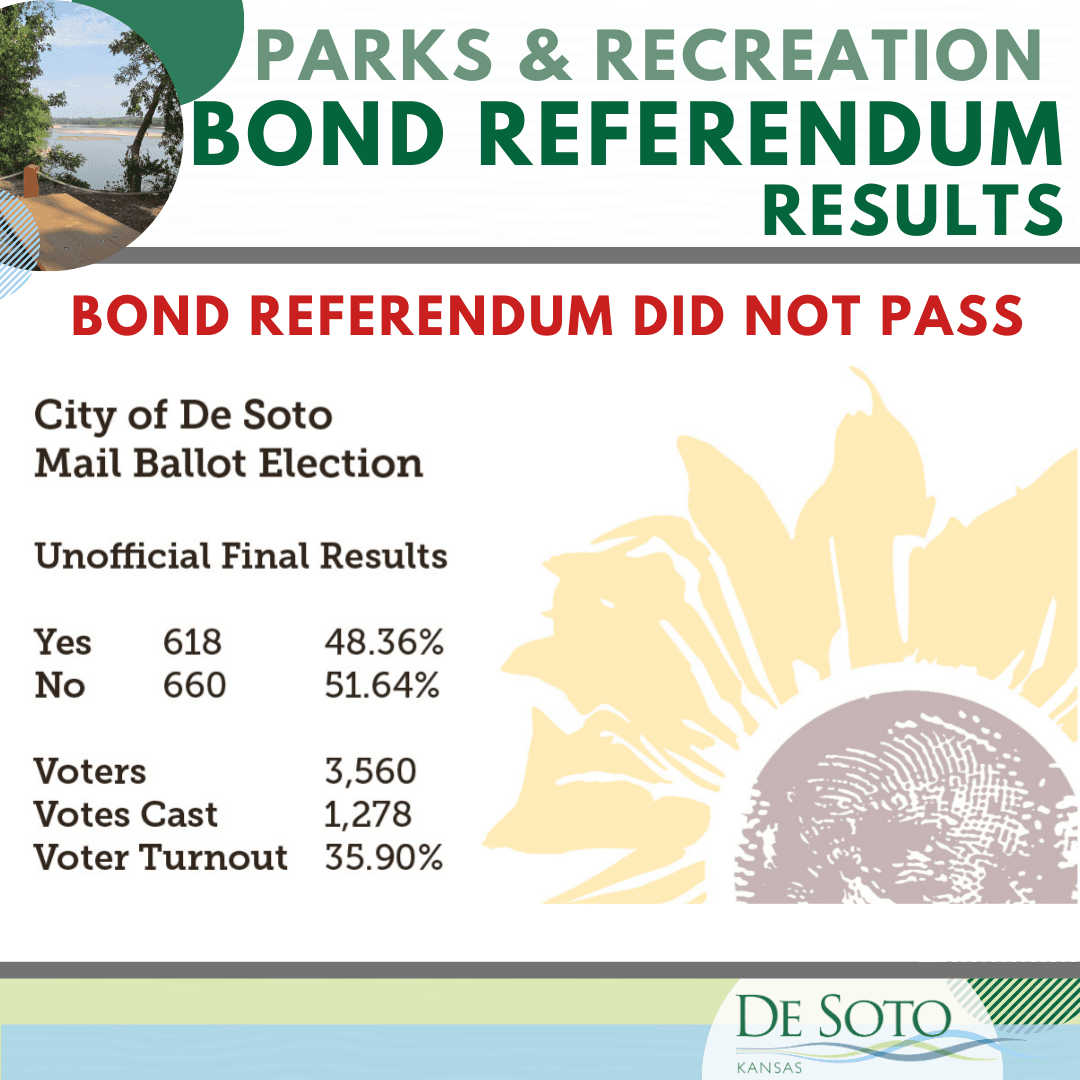 Please use these pages to learn more about the proposal.

Where did these recreational upgrade and improvement ideas come from?

In 2018, the City completed a comprehensive Parks and Recreation Master Plan which guides the Parks & Recreation Department in reaching the desired vision of the community. The plan involved information gathering, citizen input, visioning, draft recommendations, and a final, continuously- evolving, Plan. A Parks and Recreation Advisory Board was formed to aid in the plan’s development. The Board made numerous recommendations for capital and operational improvements. Once complete, the Board and City Staff worked together to prioritize potential projects from the Plan, which are included in the final list to be funded by the proposed bond referendum.

The package of improvements is divided into three main categories: Parks, New Sports Fields, and Trails. 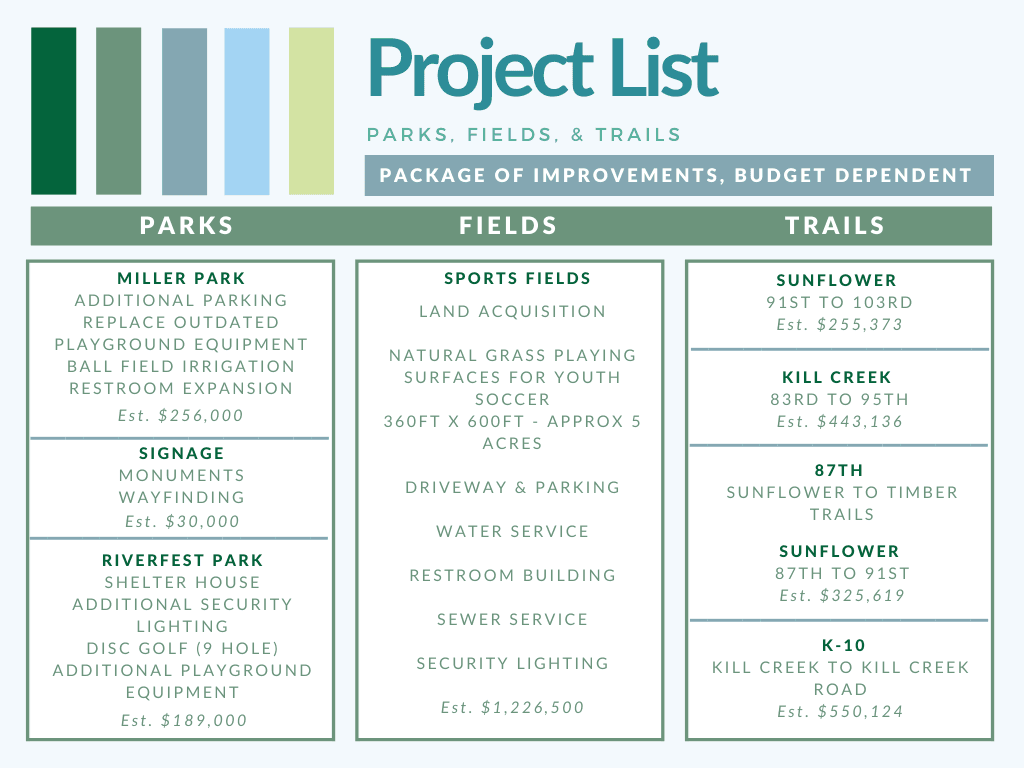 Ballots will be delivered by mail to every registered voter in De Soto on or around March 4th. Simply mark your choice, sign, and return the ballot by mail in the provided postage-paid envelope to the Johnson County Election Office. All ballots are due back to the election office by noon, March 24th.

The City of De Soto expects all upgrades and improvements to be addressed and completed through a phased process over the course of 36 months. Exact project timelines will be updated if the bond referendum is approved by the voters.

The planned upgrades have been prioritized by the Parks and Recreation Advisory Board and account for the most important needs of the community, with some projects completed within six (6) months of voter approval.

For a more detailed timeline, please check out the FAQs Page. 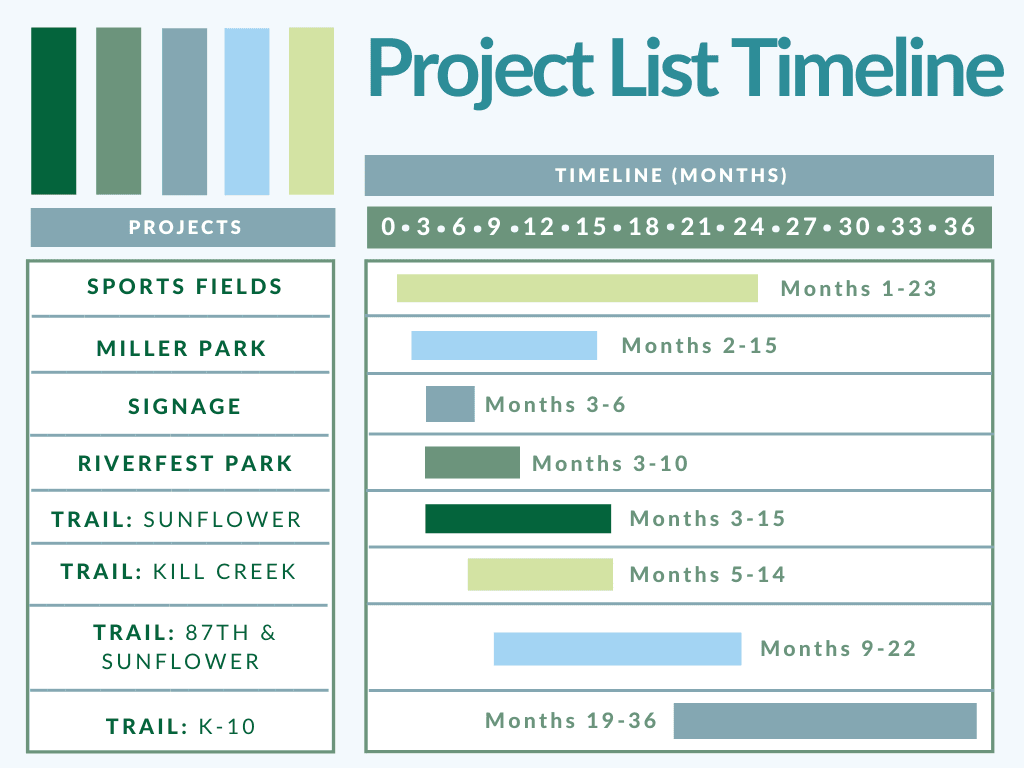 For more information, please attend one of our Bond Referendum Informational Open Houses in the City Hall Council Chambers.

*Open house is prior to the City Council meeting at 7:00pm.