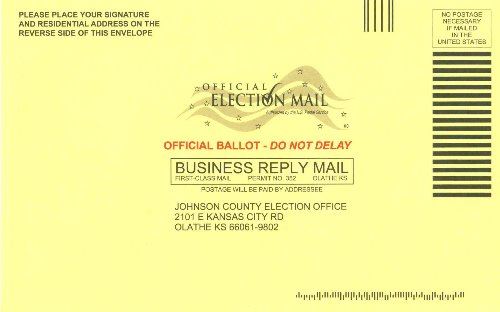 Ballots will be delivered by mail to every registered voter in De Soto on or around March 4th. Simply mark your choice, sign, and return the ballot by mail in the provided postage-paid envelope to the Johnson County Election Office. All ballots are due back to the election office by noon, March 24th.

What will the question on the ballot say?

Shall the City of De Soto, Kansas, issue general obligation bonds in an amount not to exceed $3,275,000 to pay the costs of (a) land acquisition, design, construction, furnishing, equipping, and operating of a new outdoor sports complex, to be located on land owned or to be acquired by the City of De Soto, Kansas; (b) expansion and improvement of recreational trails and paths within the city, including land acquisition, design, construction, furnishing, equipping; (c) design, acquisition, and construction of capital improvements and additional park amenities at Miller Memorial Park and Riverfest Park; (e) providing for all other necessary and related improvements including design, construction, and/or expansion of accessory buildings; and (f) paying fees, financing and expenses incidental thereto including interest during construction; with all or a portion of the debt service on such bonds paid through an increase in the property tax levy all pursuant to the provisions of K.S.A. 10-101 et seq., K.S.A. 12-1301 et seq., K.S.A. 12-1736 et seq., and K.S.A. 25-431 et seq?

Voting ‘Yes’ would approve the bond referendum and allow the City of De Soto to make capital improvements and upgrades to citizen-requested recreation amenities.

Voting ‘No’ would not approve the bond referendum and no new recreation projects would be completed in the near term.